The MIT Physics of Living Systems Fellowship supports postdoctoral scholars in pursuing research in the dynamics of living and complex systems, from the molecular to population scales. The program aims to appoint two new Fellows per academic year for a three-year fellowship term each. Fellows are typically selected by means of an annual competition coordinated with the Pappalardo Fellowship competition in early September; biophysics and soft matter applicants for the Pappalardo Fellowship will be considered for both Fellowship programs. Candidates must be nominated by early September, and the complete application is then due a few weeks later.

All MIT Physics of Living Systems Fellows are provided with:

The PLS community thanks the Moore Foundation and private sources for supporting this program.

Peter Foster is interested in the self-organization of biological systems, and in active materials more broadly. His graduate work focused on pairing quantitative microscopy with theoretical modeling to understand the dynamics and internal architecture of non-equilibrium microtubule networks. 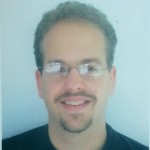 David is interested in open quantum systems and non-equilibrium systems. He would like to understand how energy transformation processes take place in living systems and how they are limited by the laws of thermodynamics. He has recently studied the differences between classical and quantum heat machines and how the laws of thermodynamics are applied to the quantum regime. 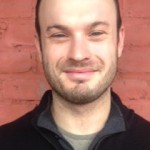 Josh is interested in metabolic modeling, with applications to microbial communities and the origin of life. 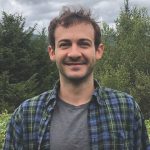 Sam is interested in information theory and statistical mechanics, and in particular how these tools can help us understand biological data. Previously, he has worked on inferring molecular circuits in development and high dimensional inference.

Dino’s interests are broadly focused on biological systems. He is currently working on understanding the dynamics of chromatin and host/microbiome co-evolution.

In addition to PLS and Pappalardo Fellows, the PLS also hosts other postdoctoral Fellows:

Past Pappalardo and Physics of Living Systems Fellows

Short talks will hopefully start again soon; join the PLS mailing list to find out about who is speaking each week!

Nominations for the Pappalardo and PLS Fellowships are due Sept 6; email Prof. Gore at gore@mit.edu for more information.

The Fakhri group’s recent paper was featured on the cover of Nature Physics. Congrats to the team!

Prof Max Tegmark’s recent book Life 3.0 was on the NY Times Best Seller list and was one of President Obama’s Best of 2018!

Ibrahim Cisse was chosen by Science News as one of ten “scientists to watch.” Congratulations!

Congratulations to Wonki Cho and the Cisse lab for their recent Science paper elucidating the role of dynamic condensates in activating transcription!